We of HRM 201 Intermediate Breads spent the last four weeks on laminated doughs, a.k.a. croissants and danish. It was a sea of Vienoisserie. While the term “laminated doughs” isn’t very musical the products themselves make most people feel like humming. Or marching, if they’re really good.

Imagine a sheet of dough that has a sheet of butter laid on top of it. That’s trippy, right? Then imagine folding that package up like a letter into an envelope, then rolling it out again, then folding it again, then rolling, then folding (chilling the dough along the way so it doesn’t get too warm)…You do this several times for danish dough, several more times for croissant dough, and still more times for puff pastry. Then you get to roll it one last time, shape it, proof it, and bake it. And, viola, many hours later, or probably the next day, actually, croissants! Or danish. Or vol au vents. Or, if you are extremely decadent, laminated brioche. Yes, brioche, which already has a block of butter beaten into the dough to make it glossy and rich, then gets laminated with another block of butter. It boggles the mind. (Click on any image for detail.) 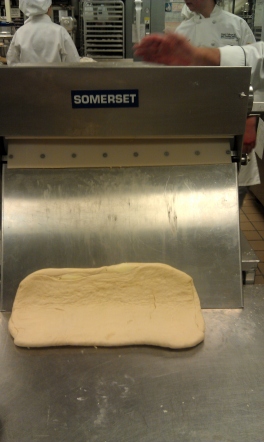 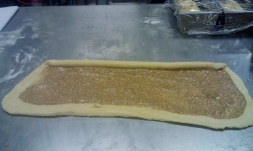 Now I have a brand spankin’ new appreciation for these kinds of doughs. I’ve never actually been much for this kind of pastry, but now that I’ve seen what goes into the production I’m seeing things in a whole new light. Still, my personal favorites are the mini brioche balls, the brioche a tete, and, unsurprisingly, the sticky buns. These were, by far, the best sticky buns I’ve had, so this recipe is definitely a keeper. 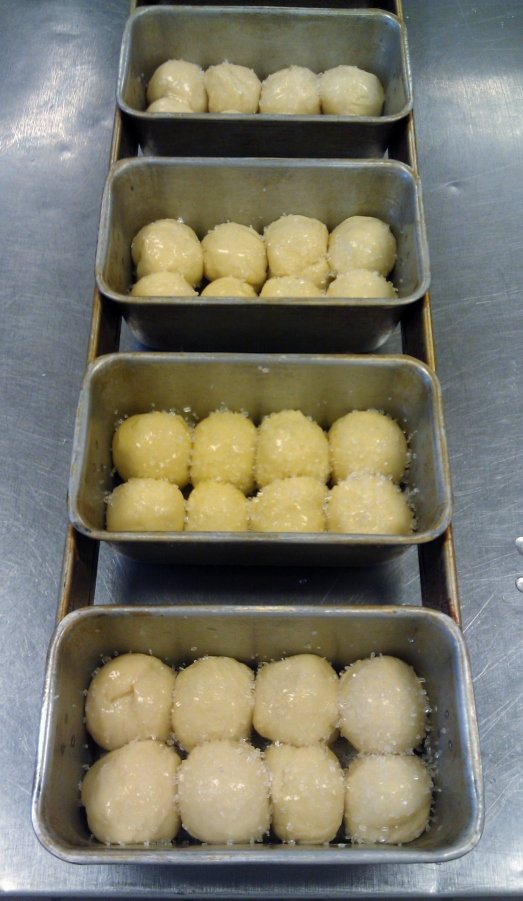 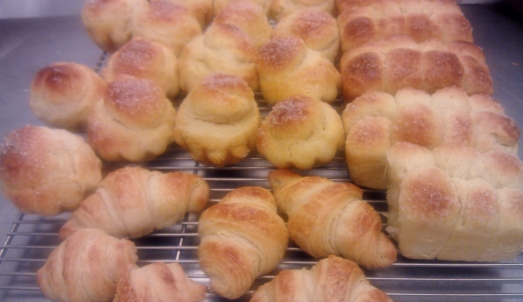 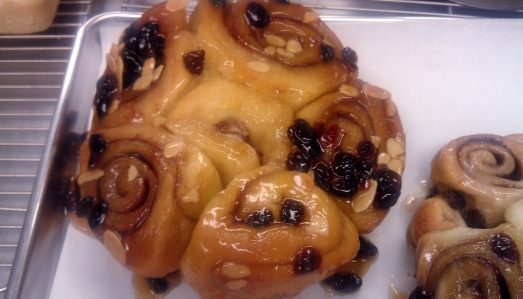 Hands down the best sticky bun recipe ever.

We finished off the the last class before the Bread Project with a quick nod at variety breads. Here I discovered Portuguese Sweet Bread, which was a nice little surprise. I expect it will turn up again, too. 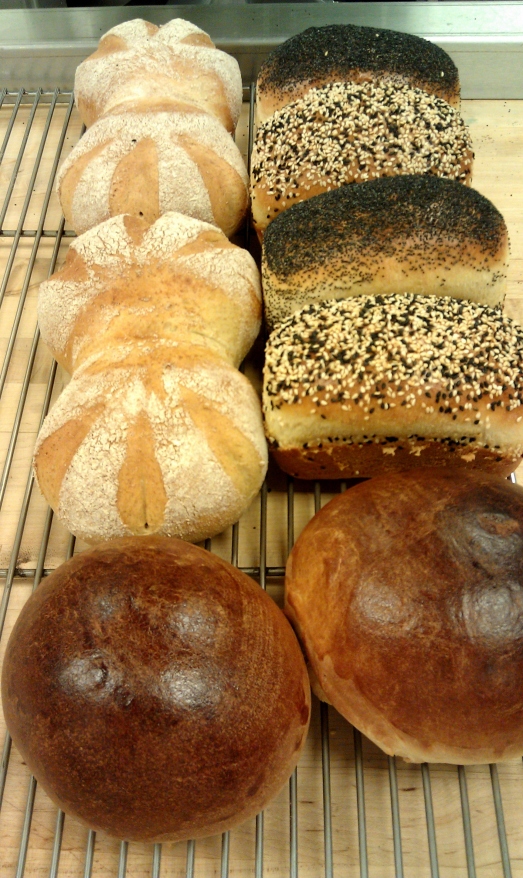 Variety breads to close out the semester

All in all, we covered quite a bit of ground in this class. Part of me — a small part, the part that is not totally exhausted — wishes I could do it again. Instead, I’ll move on to three new classes next semester: Intermediate Cakes, Advanced Pastry, and Showpiece and Chocolate Work. I suppose that will be quite enough.